We have the great honor to announce, that Professor Dr. Benjamin List, Max Planck Institute for Coal Research, Germany, is giving the opening lecture at the first Young Chemists Summit in Innsbruck.

Benjamin List has co-founded the field of organocatalysis and is developing new catalysis concepts. Organocatalysts are used, for example, in the production of drugs. Prof. List discovered the natural amino acid proline as an efficient catalyst (proline-catalyzed intermolecular aldol reaction) and thus made organocatalysis possible.

This made it possible for the first time to use natural substances and not metals as catalysts in chemistry. Until then, catalysts containing metals were used almost exclusively. 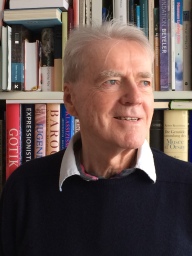 We have the great honor to announce, that Professor Dr. Bernd Giese, University of Fribourg, is giving us his honor by visiting the first Young Chemists Summit in Innsbruck and giving the closing lecture on “How Anaerobic Microorganisms Survive Environmental Stress. A Chemists View”.

He is an outstanding expert in the field of bioorganic radical- and photoreactions. His main research topics are radical reactions in biological systems,  electron transfer and signal transduction, stereoselective synthesis with radicals and biradicals, and new photocleavable protecting groups.

Professor Dr. Mir Wais Hosseini, University of Strasbourg, France, is giving us his honor by visiting the first Young Chemists Summit in Innsbruck and giving a lecture on supramolecular chemistry and molecular tectonics.

Professor Dr. Mir Wais Hosseini is an exceptional class Professor at the University of Strasbourg, France and a Senior member of IUF (Institut Universitaire de France). He was born in Kabul, Afghanistan and studied chemistry at the Louis Pasteur University in Strasbourg. Professor Hosseini started his research career under the supervision of the Nobel Laureate Jean-Marie Lehn and worked with him during 10 years. At the age of 35, Hosseini became full professor.

Professor Dr. Thomas M. Klapötke, Ludwigs-Maximilian-Universität, Munich (Germany), is giving us his honor by visiting the Young Chemists Summit in Innsbruck and giving a lecture on explosive materials.

Furthermore, he is a Life Member of the International Pyrotechnics Society and a Life Member of the National Defense Industrial Association. He is executive editor of “Zeitschrift für Anorganische and Allgemeine Chemie”, the subject Editor in the area of explosives synthesis of the Central European Journal of Energetic Materials  and an editorial board member of Propellants, Explosives and Pyrotechnics, Journal of Energetic Materials and Editor-in-Chief of the Journal of Engineering Science and Military Technology.

Specialised in energetic materials, fluorine chemistry, non-metal chemistry and much more interesting fields, Prof. Klapötke is an expert about explosives and high-energy-density materials. 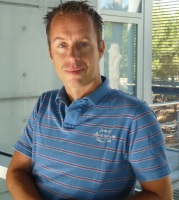 Professor Dr. Arjan W. Kleij, Institute of Chemical Research of Catalonia, Spain, is giving us his honor by visiting the first Young Chemists Summit in Innsbruck and giving a lecture on how to design technologies for the recycling of CO2 into value-added chemicals and polymers.

Arjan W. Kleij was born in Rotterdam. He studied chemistry at the University of Utrecht and did his Post-Doc at the UAM in Madrid following a second appointment at the University of Amsterdam in the field of supramolecular catalysis. In 2006 he was offered a position as Group Leader at ICIQ and was promoted to ICREA professor in 2011. He is an advisory board member for ChemSusChem, an editorial board member for the Journal of CO2 Utilization and Associate Editor for Organic Chemistry Frontiers.

His main research interests are in the area of CO2 valorization catalysis, development of organic carbonates as modular synthons and the use of renewable compounds and monomers in stereo-selective transformations and polymer applications.